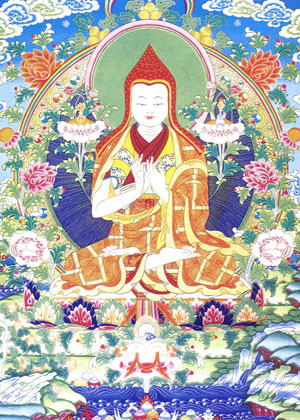 Tulku Arik Rinpoche followed masters holding several great spiritual lineages, including the Sakyapa, Longsel and Nyingthik and from an early age he laid special stress on practice. He never accumulated money or goods, disliked talking and forgot language for a time after a 6 year vow of silence. On a pilgrimage to Samye Monastery he lived by begging alms and took a walnut shell as his water cup.

He lived in seclusion for a many years in Trom, Eastern Tibet, and had few disciples, but nearly all of them gained spiritual attainments. His root teacher, Khenpo Ngawang Palzang, prophesied that he would live for 80 years and Terton Sera Yantual prophesied that he would lead more than a hundred thousand disciples to attain the rainbow body and enter Guru Rinpoche's pure light Buddhafield. When Tulku Arig Rinpoche passed away in 1988 rainbows manifested and five-coloured relics appeared among his physical remains.